That's what Landcare's all about! 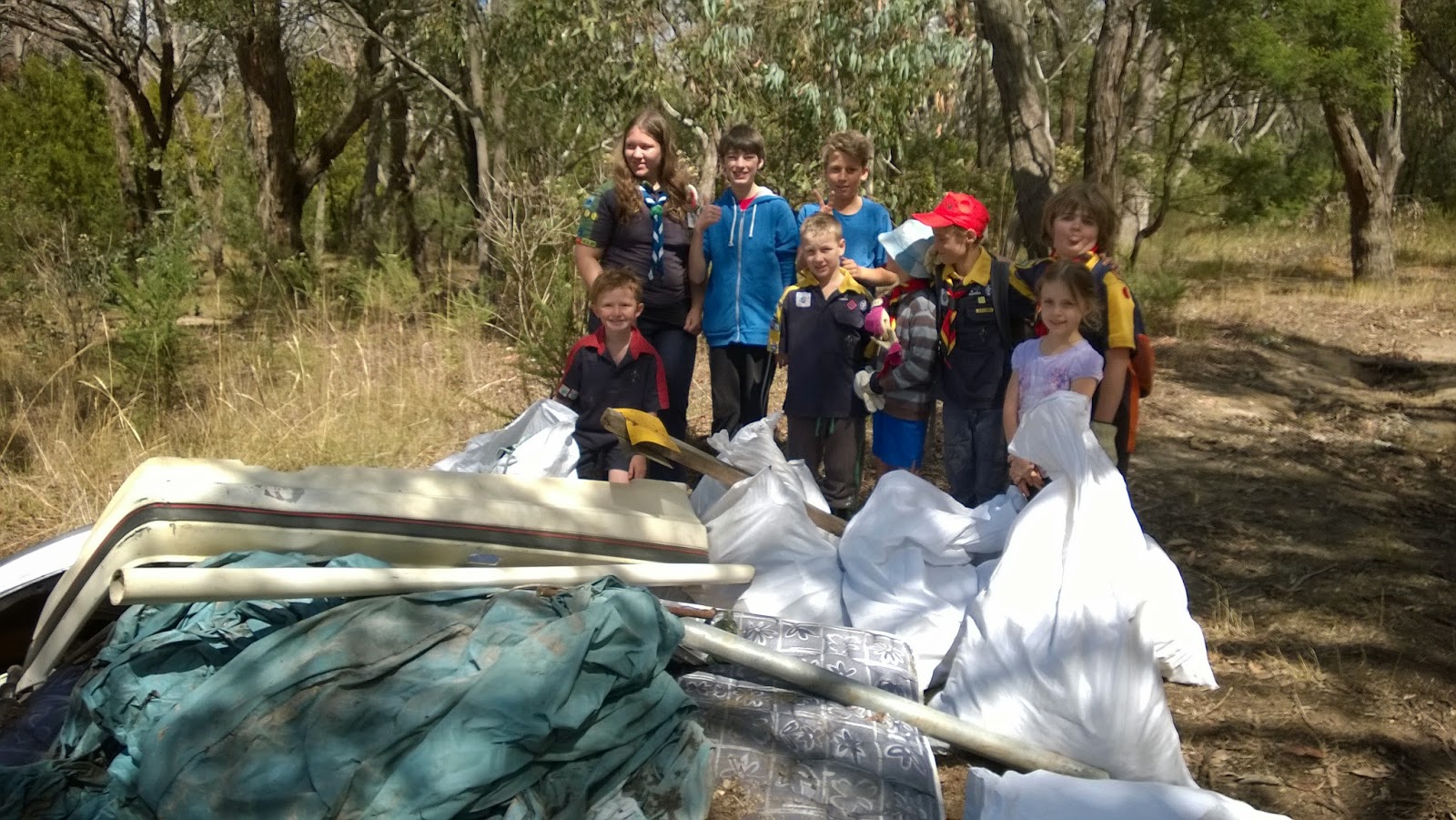 The quantity of the haul was impressive.

From beer bottles to beer caps, useless scooters to the cast-offs of fast food retailers, and cans, and more stubbies, and cigarette packets, and bits of cars. Best of the early catches - a TV .... and a big shout out to the boy putting bottles in the broken TV screen as we dropped it off at the collection point, who announced - "I'm looking at rubbish!". Very astute. 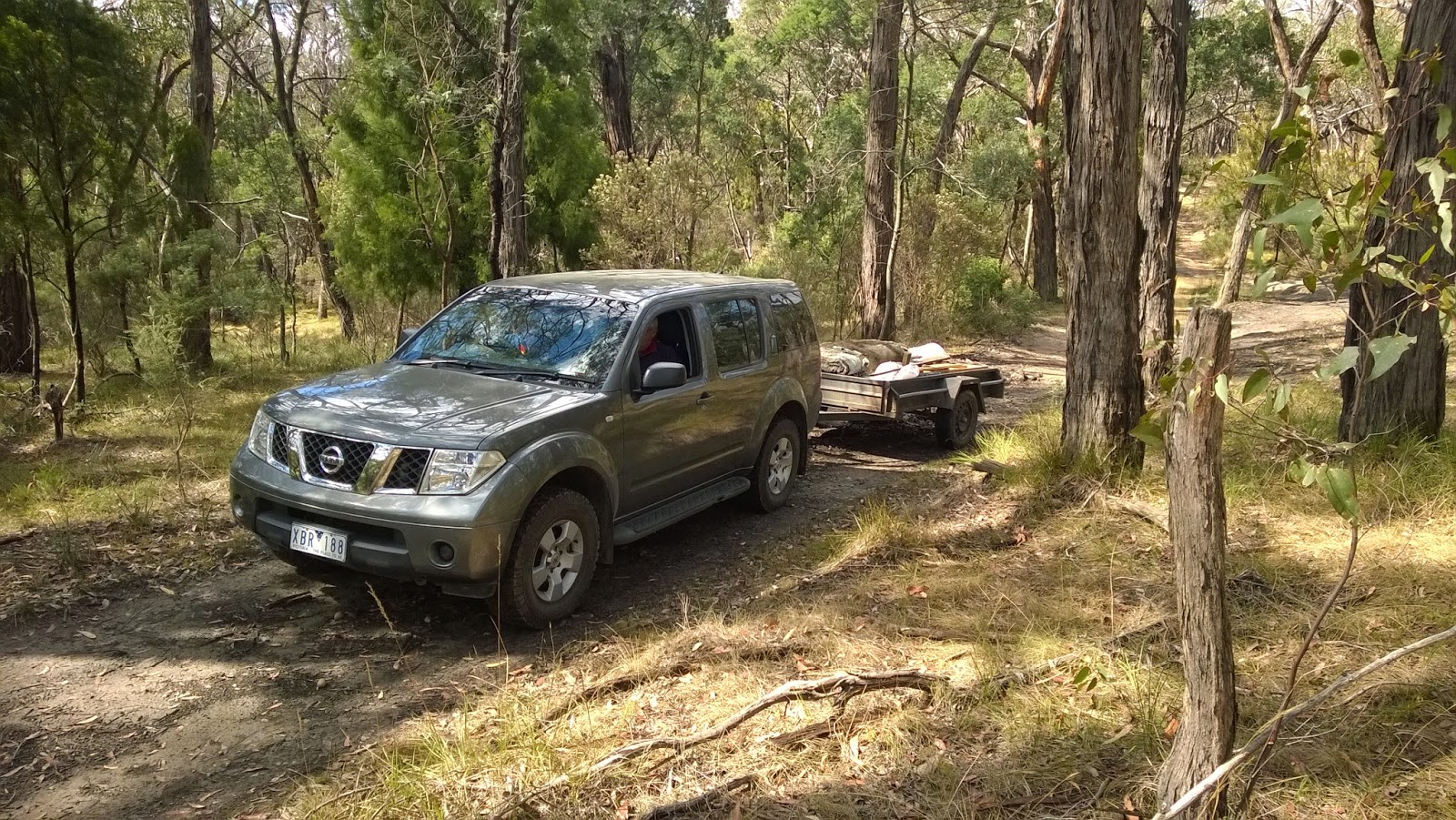 I'd ear-marked a couple of beds that needed picking up, and had asked if any parent in the Scouts had a trailer. Joe showed up at the wheel of a suitable piece of gear. Jo, George Wright, and a Scout I assumed was her son, hauled out not just beds, but couches, and old dumped rubble, and a depressingly new pile of builders' rubbish, from the far side of the cemetry.

Thank you all for your wonderful work, Cubs, Scouts and parents, and Landcare members. I appreciated the way everyone went their own way and took responsiblity for the overall task - to clean down the 100 or so hectares on this side of the ridge line.

5 mins after I finished my briefing, Barrm Birrm had half a dozen small groups of kids+adult(s) scouring its roads, and a couple of fast response teams of Dads with their sons, who went off to places that I wouldn't have thought of, but which really needed attention.  Everyone was able to lend a hand in their own way.

Here's a photo of the crew as we gather at the end of 2 hours cleaning up Barrm Birrm. There was a buzz in the air from that sense of accomplishment people get from looking after the place where they live.

That's what Clean Up Australia Day is about, and it's what Landcare is all about too. 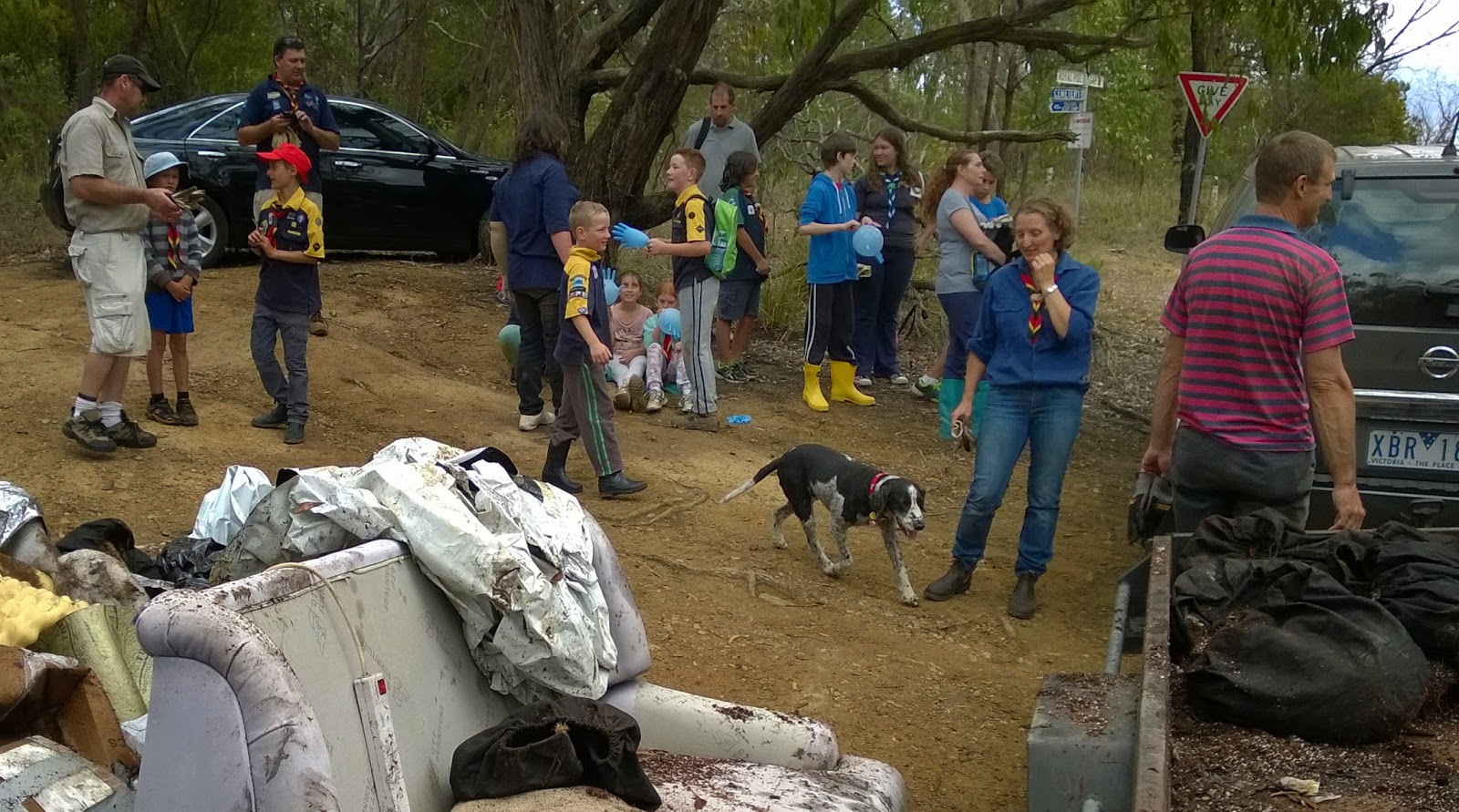